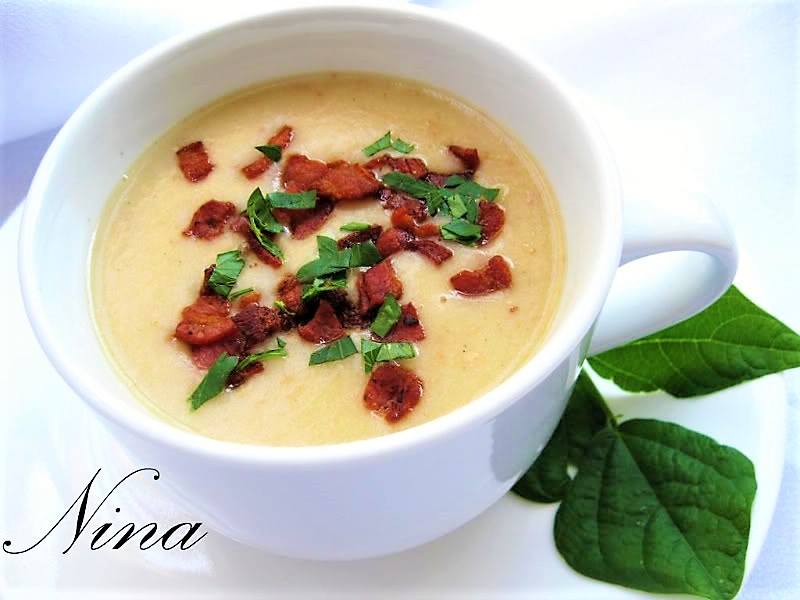 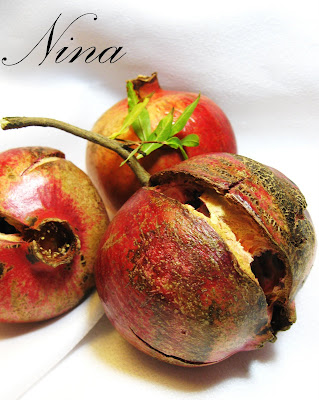 A pomegranate is a fruit-bearing deciduous shrub or small tree growing to between five and eight meters tall. The pomegranate is native to Southwest Asia and has been cultivated in the Caucasus since ancient times. It is widely cultivated throughout Armenia, Azerbaijan, Iran, Turkey, Afghanistan, Pakistan, North India, the drier parts of southeast Asia, Peninsular Malaysia, the East Indies, and tropical Africa.[1] Introduced into Latin America and California by Spanish settlers in 1769, pomegranate is now cultivated in parts of California and Arizona for juice production.[2] 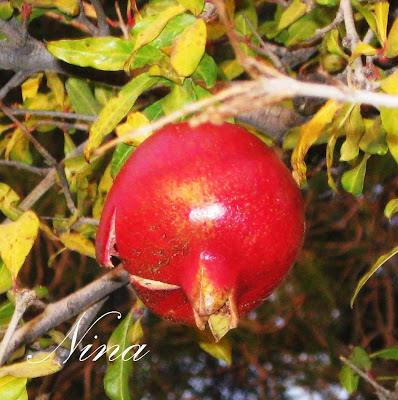 The name "pomegranate" derives from Latin pomum ("apple") and granatus ("seeded"). This has influenced the common name for pomegranate in many languages (e.g., German Granatapfel, seeded apple). In early English, the Pomegranate was known as "apple of Grenada" -- a term which today survives only in heraldic blazons. This was probably a folk etymology, confusing Latin granatus with the Spanish city of Granada. The genus name Punica is named for the Phoenicians, who were active in broadening its cultivation, partly for religious reasons. In classical Latin, where "malum" was broadly applied to many apple-like fruits, the pomegranate's name was malum punicum or malum granatum, the latter giving rise to the Italian name melograno, or less commonly melagrana. 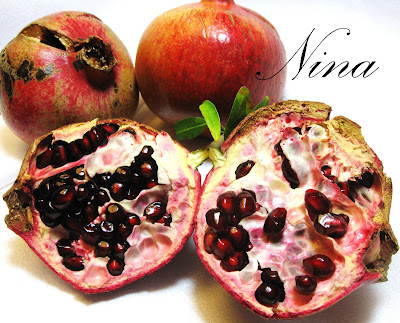 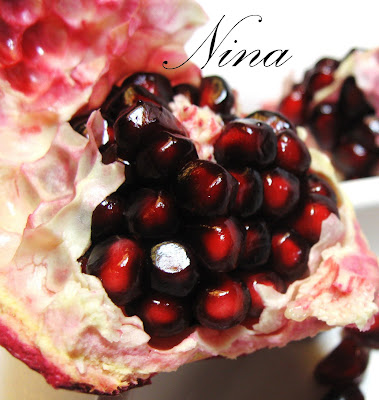 After opening the pomegranate by scoring it with a knife and breaking it open, the arils (seed casings) are separated from the peel and internal white pulp membranes. Separating the red arils is simplified by performing this task in a bowl of water, wherein arils sink and pulp floats. It is also possible to freeze the whole fruit in the freezer, making the red arils easy to separate from the white pulp membranes. The entire seed is consumed raw, though the watery, tasty aril is the desired part. The taste differs depending on subspecies of pomegranate and its ripeness. The pomegranate juice can be very sweet or sour, but most fruits are moderate in taste, with sour notes from the acidic tannins contained in the aril juice.

Having begun wide distribution in the United States and Canada in 2002, pomegranate juice has long been a popular drink in Middle Eastern and Indian cuisine.[12]

Grenadine syrup is thickened and sweetened pomegranate juice used in cocktail mixing. Before tomato arrived in the Middle East, grenadine was widely used in many Iranian foods and is still found in traditional recipes such as fesenjan, a thick sauce made from pomegranate juice and ground walnuts, usually spooned over duck or other poultry and rice, and in ash-e anar (pomegranate soup).[13]

Wild pomegranate seeds are used as a spice known as anardana (from Persian: anar+dana, pomegranate+seed), most notably in Indian and Pakistani cuisine, but also as a substitute for pomegranate syrup in Middle Eastern cuisine. Dried whole arils can often be obtained in ethnic Indian subcontinent markets. These seeds are separated from the flesh, dried for 10–15 days and used as an acidic agent for chutney and curry preparation. Ground anardana is also used, which results in a deeper flavoring in dishes and prevents the seeds from getting stuck in teeth. Seeds of the wild pomegranate variety known as daru from the Himalayas are regarded as quality sources for this spice.

In the Caucasus, pomegranate is used mainly as juice.[14] In Azerbaijan a sauce from pomegranate juice (narsharab) is usually served with fish[15] or tika kabab. In Turkey, pomegranate sauce, (Turkish: nar ekşisi) is used as a salad dressing, to marinate meat, or simply to drink straight. Pomegranate seeds are also used in salads and sometimes as garnish for desserts such as güllaç.[16] Pomegranate syrup or molasses is used in muhammara, a roasted red pepper, walnut, and garlic spread popular in Syria and Turkey.[17] Pomegranate wine is produced in Israel[18] and Armenia.[19]

In Greece, pomegranate (Greek: ρόδι, rodi) is used in many recipes, including kollivozoumi, a creamy broth made from boiled wheat, pomegranates and raisins, legume salad with wheat and pomegranate, traditional Middle Eastern lamb kebabs with pomegranate glaze, pomegranate eggplant relish, and avocado-pomegranate dip. Pomegranate is also made into a liqueur and popular fruit confectionery used as ice cream topping or mixed with yogurt or spread as jam on toast. In Cyprus as well as in Greece and among the Greek Orthodox Diaspora , ρόδι is used to make kolliva, a mixture of wheat, pomegranate seeds, sugar, almonds and other seeds served at memorial services.

Prominence in Ayurvedic medicine
In the Indian subcontinent's ancient Ayurveda system of medicine, the pomegranate has extensively been used as a source of traditional remedies for thousands of years.[20]

The rind of the fruit and the bark of the pomegranate tree is used as a traditional remedy against diarrhea, dysentery and intestinal parasites.[20] The seeds and juice are considered a tonic for the heart and throat, and classified as a bitter-astringent (pitta or fire) component under the Ayurvedic system, and considered a healthful counterbalance to a diet high in sweet-fatty (kapha or earth) components.[21] The astringent qualities of the flower juice, rind and tree bark are considered valuable for a variety of purposes such as stopping nose bleeds and gum bleeds, toning skin, (after blending with mustard oil) firming-up sagging breasts and treating hemorrhoids.[22] Pomegranate juice (of specific fruit strains) is also used as eyedrops as it is believed to slow the development of cataracts.[23]

Ayurveda differentiates between pomegranate varieties and employs them for different remedies.[24
Nutrients and phytochemicals

Pomegranate aril juice provides about 16% of an adult's daily vitamin C requirement per 100 ml serving, and is a good source of vitamin B5 (pantothenic acid), potassium and antioxidant polyphenols.[25]

The most abundant polyphenols in pomegranate juice are the hydrolyzable tannins called punicalagins which have free-radical scavenging properties in laboratory experiments. Punicalagins are absorbed into the human body and may have dietary value as antioxidants, but conclusive proof of efficacy in humans has not yet been shown.[26][27]

Other phytochemicals include polyphenols catechins, gallocatechins, and anthocyanins such as prodelphinidins, delphinidin, cyanidin, and pelargonidin.[28] The ORAC (antioxidant capacity) of pomegranate juice was measured at 2,860 units per 100 grams.[29]

Many food and dietary supplement makers have found advantages of using pomegranate phenolic extracts as ingredients in their products instead of the juice. One of these extracts is ellagic acid which may become bioavailable only after parent molecule punicalagins are metabolized. However, ingested ellagic acid from pomegranate juice does not accumulate in the blood in significant quantities and is rapidly excreted.[30] Accordingly, ellagic acid from pomegranate juice does not appear to be biologically important in vivo.

As with many fruits and vegetables, great claims have been made for the health-giving properties of the pomegranate, and some of these claims are backed by studies. However, very few of these studies are conducted on humans in a properly controlled, randomised, double blind manner. Most studies are conducted in vitro, meaning in a test tube. These studies in no way imply that the same effect will be seen from eating the fruit. Some of the studies are detailed below.

In preliminary laboratory research and human pilot studies, juice of the pomegranate was effective in reducing heart disease risk factors, including LDL oxidation, macrophage oxidative status, and foam cell formation,[31][32][33] all of which are steps in atherosclerosis and cardiovascular disease.

While one study showed that, in a test tube, extracts of the fruit can inhibit the proliferation of human breast cancer cells[37], no studies have shown that eating pomegranates has any effect on the development of breast cancer in humans.

Pomegranates are listed as high-fiber in charts of nutritional value. That fiber, as well as the unsaturated fat they offer, is mostly contained in the seeds. People who choose to discard the seeds forfeit most of the benefits conveyed by the fiber and fat.

In 2008, 17 clinical trials were underway to examine the effects of pomegranate juice consumption on diseases shown below[39] 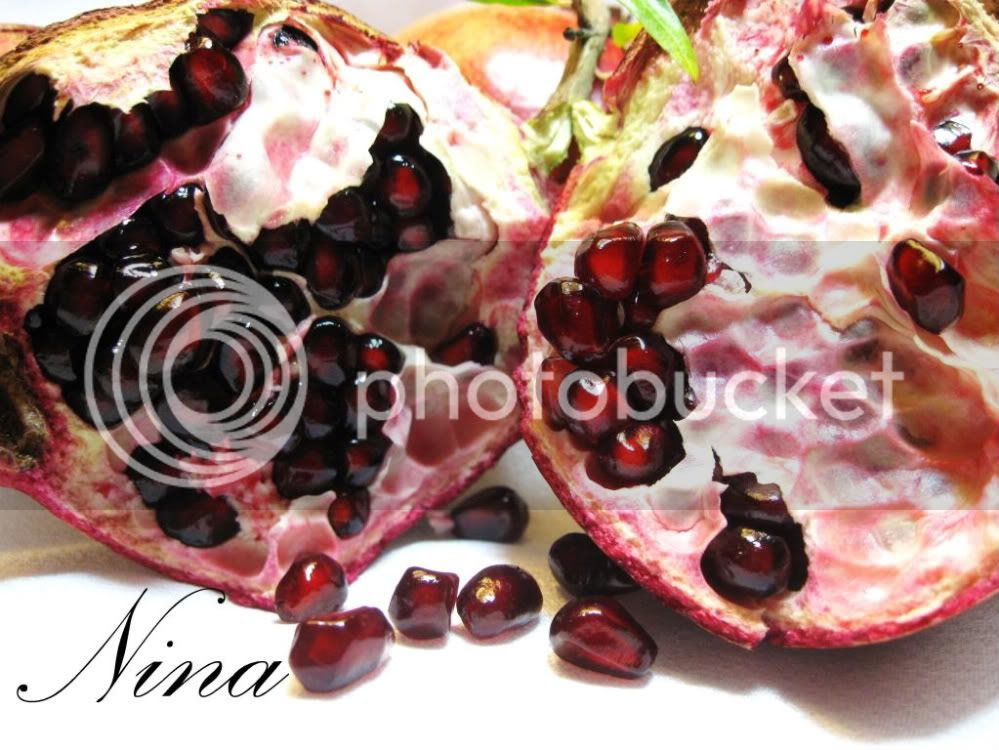 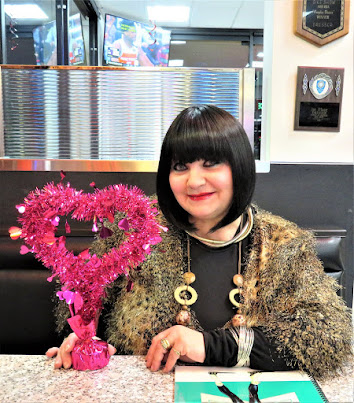